JAMMU: The Army on Sunday said that a BAT attempt was foiled at the Keran sector on Saturday where an “intruder” who was trying to sneak into the Indian side was killed. Addressing a press conference in Kupwara district, General officer Commanding of 28th Division Major General Abhijit Pendharkar said that yesterday at 3 pm, a “complete breach of ceasefire agreement” was noticed when an infiltrator wearing a “Pathan suit” and a black jacket was tried to enter into this side.

In a complete breach of the ongoing Ceasefire Understanding between the two armies across the Line of Control, an infiltration bid or BAT action was attempted in the Keran sector of Kupwara district on January 01. 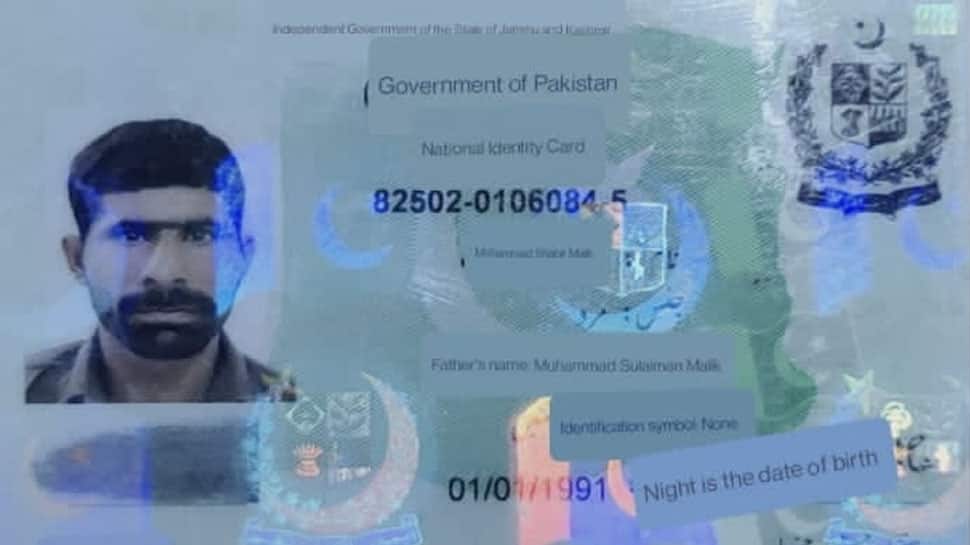 Swift action by the troops deployed at the Line of Control foiled the bid and eliminated the terrorist, later identified as Mohd Shabbir Malik, a Pakistani national, equipped with weapons, ammunition and warlike stores.

The incident site is located on the Pakistani side of the Anti-Infiltration Obstacle System, kept under surveillance by the Indian Army to effectively counter any nefarious activity by the infiltrators or Pakistan Army.

In complete breach of the Ceasefire Understanding arrived at between the DGMO’s, one-armed intruder dressed in Pathani suit and a black jacket was detected moving from areas under the control of Pakistan Army across the Line of Control at around 1500 hours on 01 Jan 22. Ambushes were laid along likely routes that could be adopted by the intruder and movement was followed till 1600 hours.

The ambush was sprung at the opportune moment and the infiltrator was eliminated. The body of the slain infiltrator was recovered along with one AK 47 and a large quantity of ammunition including seven grenades.

The surveillance of the area is in progress, denying any exploitation of the bad weather condition prevailing in the area and the operation is ongoing. The route adopted by the terrorist was similar to the one adopted on 04 April 20 during Op Rangadori Bhaikh in which five terrorists were eliminated.

A search of the belongings revealed Pakistani National identity card and vaccination certificates (issued by the Ministry of National Health Services Regulation & Coordination Government of Pakistan) identifying him as Mohd Shabir Malik. The belongings also include a photo of the infiltrator in the Army Uniform wearing the name tab of Shabbir.

He said this clearly establishes that Pakistan continues to sponsor CROSS BORDER terror.  A Hotline communication has been made to Pakistan Army asking them to take back the body of the killed individual.

The army officer said that there are continuous inputs about possible infiltration bids by militants in the Keran and Kupwara sectors ahead of the snowfall in the areas, but the army was alert and maintaining vigil to thwart all such plans.

RAIPUR:Chief Minister Bhupesh Baghel on Tuesday inaugurated a bridge on Indravati river in Chhattisgarh's insurgency-hit Dantewada district, which is strategically...

NEW DELHI: While Prime Minister Narendra Modi, in an interaction with BJP workers on Tuesday, lauded the Election Commission and...

NEW DELHI: The 'exit' doors of the Congress swung open wider on Tuesday with senior leader RPN Singh striding out...